Getting the message across 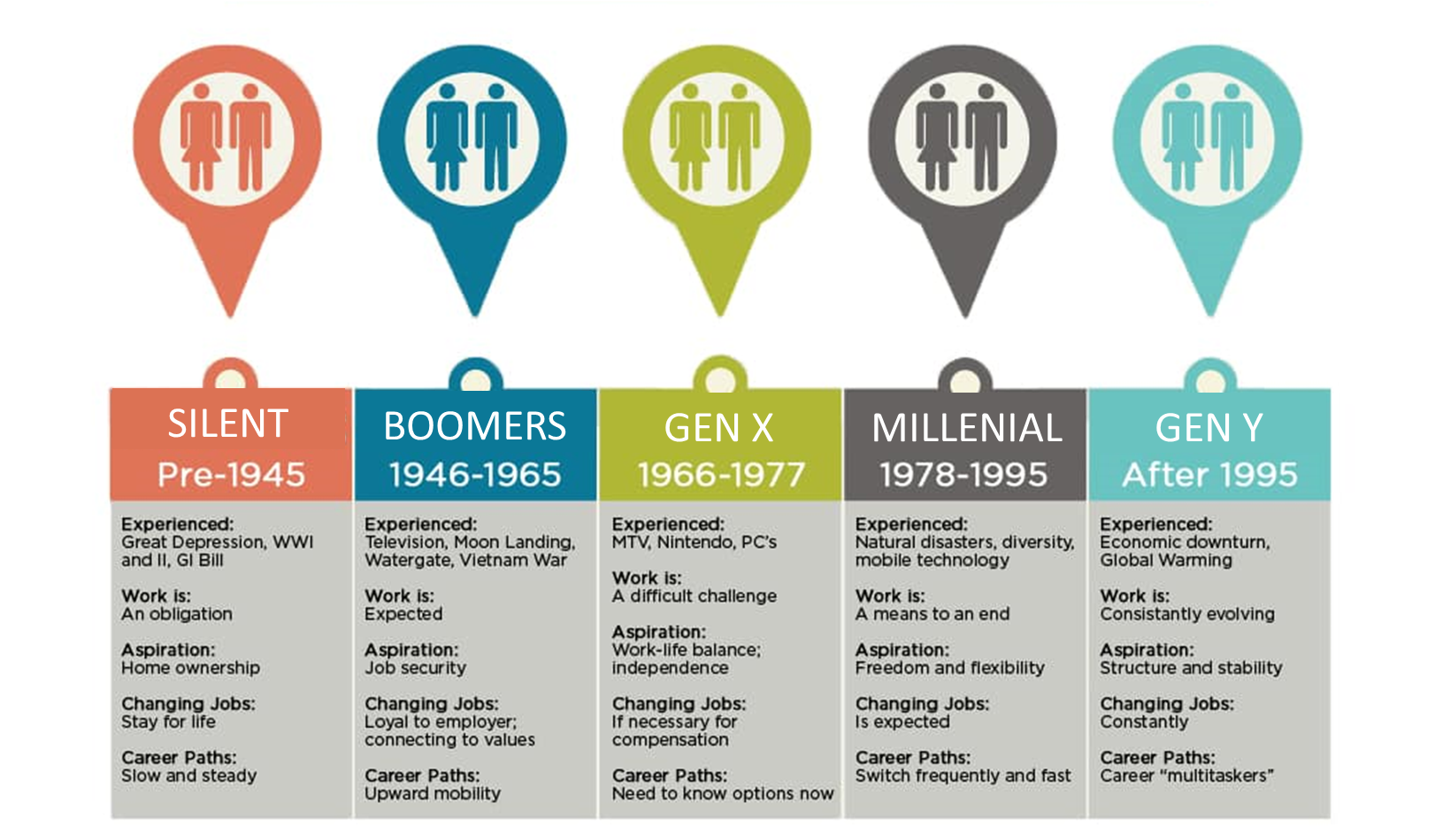 When I was a Royal Marine, we sometimes communicated with only hand signals as we moved in the shadows. Sailors traditionally have used flags, or lights.

Recent generations could be defined by how they communicate. Should we consider this in our marketing. At Westaways we think we are doing some cool stuff finding alternative materials to plastics, how should we get this across to an audience that might use different media to communicate?

Please accept my generalisations, or that these traits sound a bit like a horoscope. It is relevant to recognise the differences between these groups so that the level of engagement on any campaign can be given the best chance, and explain why some groups do not interact completely with other groups

The oldest group is sometimes called the “silent generation”, I remember my parents saying children should be seen and not heard. This sounds amazing today, but I survived unscarred. Communication was done in person directly with no technology – think of Women’s Institutes, Parish Councils, Inns, Schools, Social Clubs wherever people met. Generally, these people were disciplined and loyal to their values.

The silent generation probably were shocked by the next group the “baby boomers”, this started immediately post war as the birth rate soared.  This group showed independence, they were competitive, they aspired to be seen as successful, they travelled widely and embraced change and the post war consumerism.

As the birth rate began to decline in the mid-sixties, so “Generation X” emerged. This group saw the start of technology, they were resourceful, they were the first generation to live in the digital age, they were problem solvers. As someone who remembers writing DOS on the first computers, we had to be.

“Generation Y” is probably the most referred to group often known as the “Millennials”. Generally, this referrers to someone born between 1985 and 1995. Some people refer to this group as being lazy or entitled. They are technologically savvy, confident, and they collaborate. They are team oriented. They value recognition. They know nothing different to digital. For example, do they even have an aerial on their T.V?

“Generation Z” are emerging now, they are under 22, they know nothing different to digital. Technology is embedded in their lives. They have wide interests and are ambitious, they see technology as fundamental in achieving their goals. But also, there is a desire to make a difference and they are concerned about issues like society and the environment.

And lastly in future we will see “Generation A” born after 2010, a family orientated group that is a far more open society. A society without labels of class, race, or gender. A group that will use technology far more intensively than ever before with new applications and uses.

Where do Westaways fit in?

Introducing myself at a recent round table event, I described myself as a “Sausage making tree hugger”. I want recognition for both these activities. Marketing is the activity of adding value to goods or services. – This can be perceived or otherwise, it merits another blog another time. Selling a product is more and more about telling a story to win engagement from a group. Here are examples to explain how the story might need to be tailored to an audience.

At Westaways we host visits to our factory. This might include a group from the University of the Third Age (www.u3a.org.uk), a UK wide collection of some 1000+ locally run interest groups. They are largely retired and will be a mixture of Baby Boomers with some Silent Generation, they will have tried to become digital or flatly denied it. This must be respected in how present to them, if you include content that they will recognise you will engage and win their respect. If you focus on technology, you will lose the group.

The complete opposite is true when you bring in a group of students preparing for employment on leaving college.

By calling myself a “Sausage making tree hugger” I probably define myself as an artisan with strong eco values. What I need to do is ensure that I qualify that description by referring to some cutting edge science or technology in doing so I stand a chance of engaging the maximum number of individuals in an audience of different generational groups.