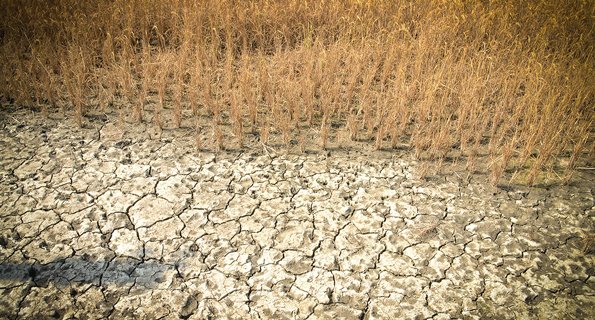 The Food and Agricultural Organisation of the United Nations supported the establishment in 2013 of an international day to celebrate soil. World Soil Day is held annually on 5 December to focus attention on the importance of healthy soil and to advocate for the sustainable management of soil resources.

Since 1974 the world population has doubled from 4 billion to 8 billion, never have our soils had to work so hard. We would not be able to feed all these new mouths if it were not for modern fertilisers.

Around 9% of the planet’s landmass is estimated to be lost to agriculture due to salinization of the soil. A further 1.5 million hectares of farmland is lost from production every year, this is an area equivalent to 10% of the UK’s farmland.

These soils are hard and compact when dry, and sticky when wet, and it is difficult for plants to absorb water from these soils. Unfortunately, some of the worst affected areas are also where the population depends heavily on the ability of the land to produce crops.

Salt affected soils (SAS) are soils that have excessive amounts of soluble salts. There are areas that are naturally affected by salts such as coastal areas and regions with high mineral salt deposits, these areas have evolved to have their own limited and bespoke biodiversity.

However, the primary cause of salinization is due to human activity.

Causes of salts in soils

Soils are affected by salts under these conditions

·         Unsustainable agricultural practises- such as growing large volumes of a single crop, loss of biodiversity, and raising livestock and plants separately.

What can we do?

There has never been so much interest in keeping our planet and mankind healthy.

I am particularly heartened by increasing awareness about regenerative agriculture and the need for healthy soils. Farming is changing here in the UK. Earlier this year the Government introduced the Sustainable Farming Incentive, under this scheme farmers will be paid for environmentally sustainable actions – ones that are simple to do and that don’t require previous experience in agri-environment schemes. For example, paying farmers to manage and plant hedgerows to provide year-round food, shelter and breeding cover for birds and insects.

Agriculture is not industry. In Devon our countryside is diverse with deep coastal valleys, uplands, and lush grazing. A single approach will not work here, farmers need to be creative with the crops and animals they use. They need to innovate, and we can all benefit as a result.

We should all support our farmers they are the custodians of the amenities we enjoy.

Furthermore, if you are lucky enough to own a garden or have some land, think how you can use it better.

We can all make changes, and we need make them now.